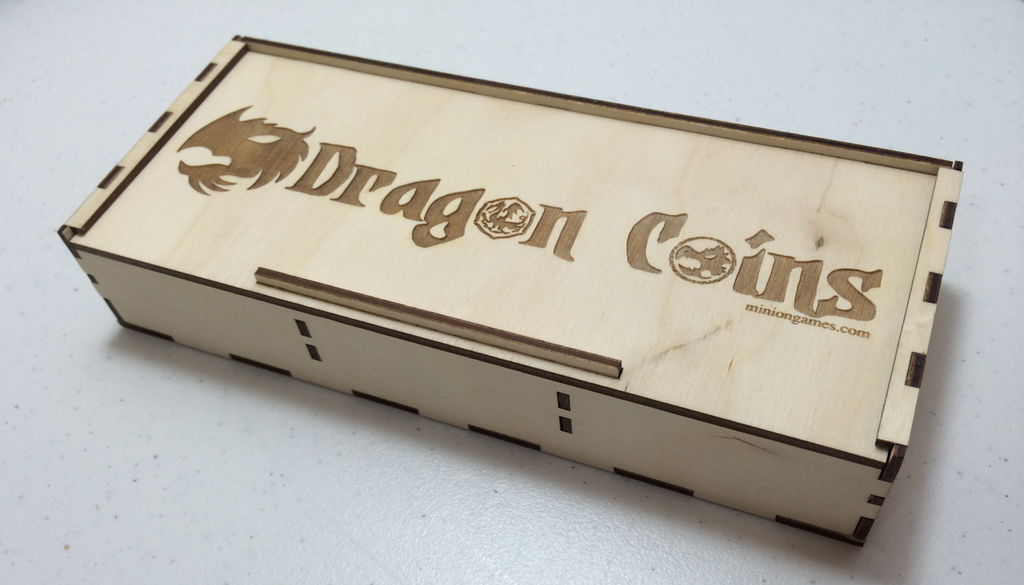 We are excited to announce a license agreement with Minion Games today.  After some discussion with James at Minion, we are now offering Bit Boxes with the Futuristic Metal Coins and Metal Dragon Coins engraving on the top.  Minion Games ran two very successful Kickstarters in 2013 for these two unique lines of metal gaming tokens.  Futuristic Metal Coins were based on the CAP cardboard coin design in Hegemonic and the second line, Dragon Coins, was based on the game Battle Merchants. 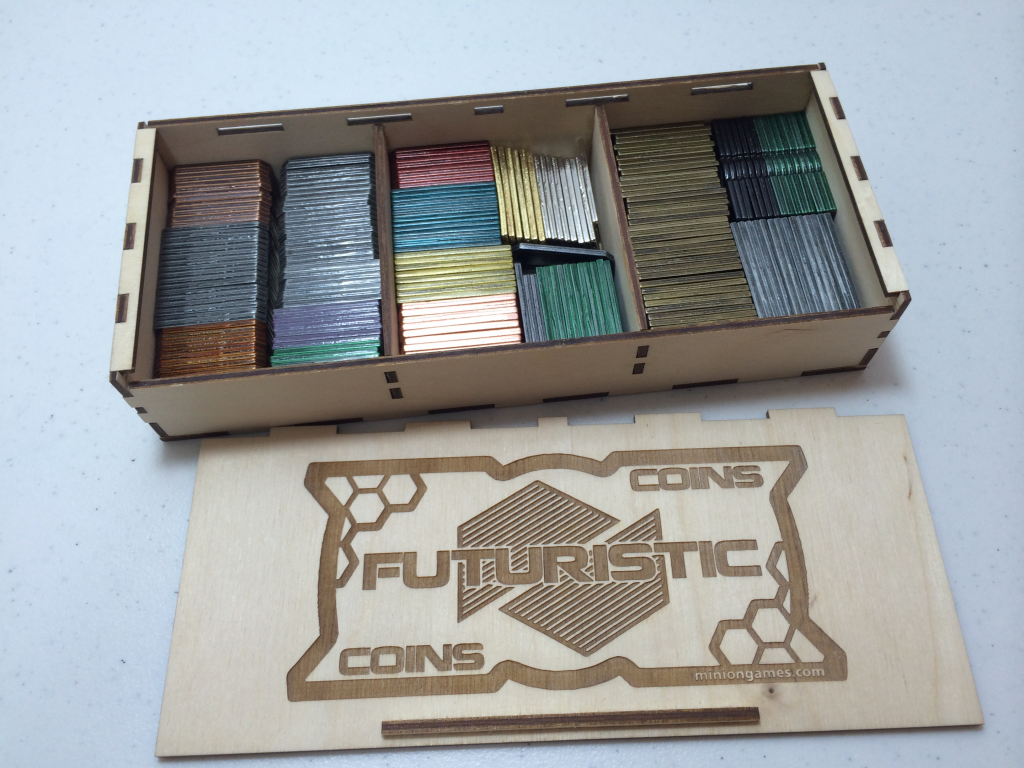 These two lines of coins are great for use in many games.  The only question once you get your hands on some is how to effectively store them.  We are offering logo engraving free on any of our Bit Boxes during our Kickstarter, which ends January 2, 2014. Following Kickstarter fulfillment in March, these Bit Boxes will be available for purchase again. 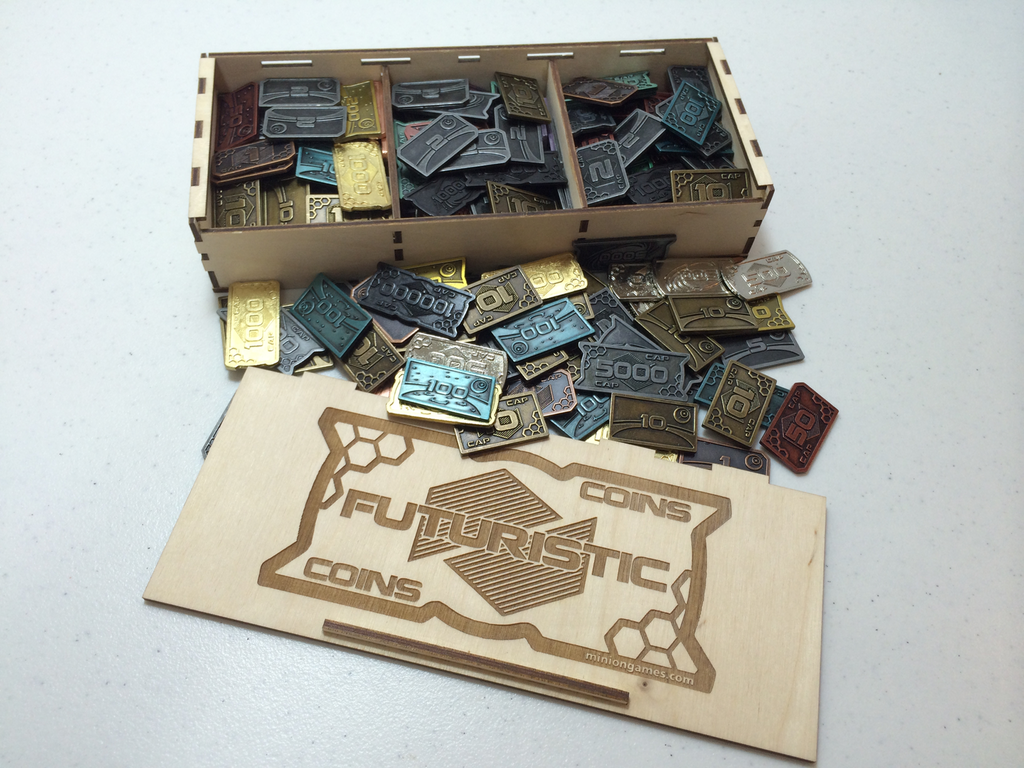 Futuristic Metal Coins and Metal Dragon Coins will be available for purchase from the Minion Games store following their Kickstarter fulfillment in early 2014.