The average micro game is very, very component lite.  Tiny Epic Kingdoms, being a 4x micro game, actually brings a nice pile of components to the table.  We have engineered a custom storage solution for TEK that will get your games underway in the absolute minimum of time, and your new TEK chest will be the envy of your gaming buddies.  Plastic baggies are a thing of the past for you and Tiny Epic Kingdoms!

This licensed design was developed working with the white box components recently received from the manufacturer.  It is considered final, but we will have a final check with Gamelyn Games later this year, before we start producing the chests, to ensure everything works together perfectly! 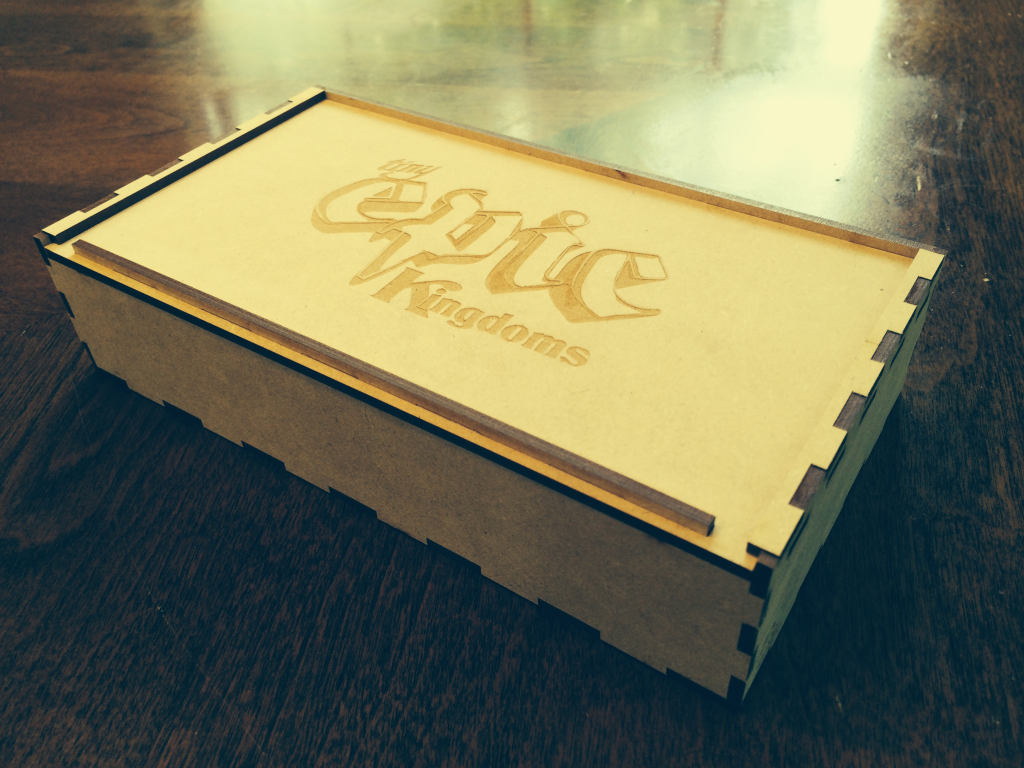 The chest is cut from 3mm HDF.  The HDF provides a very smooth, substantial feel in hand and the chest has some nice internal features, including support for the TEK Deluxe Edition.  On top, the Tiny Epic Kingdoms logo is engraved, and on the right side (not shown), the Gamelyn Games logo is engraved.  After all, logos make everything better!

Let’s have a look inside… 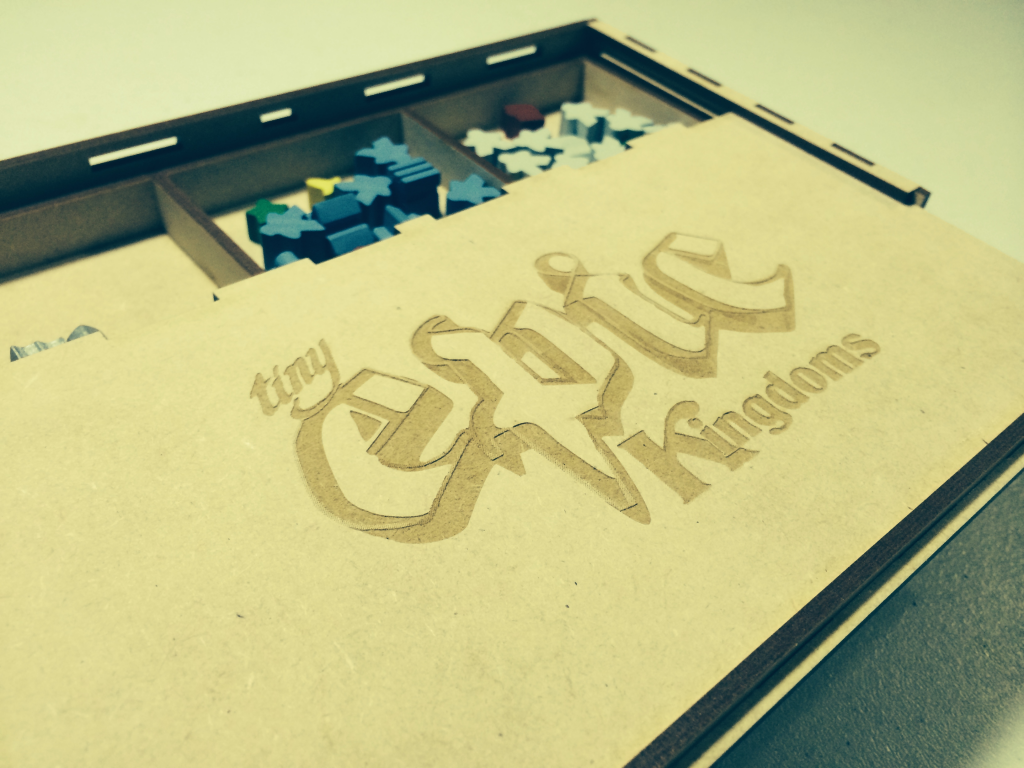 Upon opening the chest, you will note the similarities to our bit boxes.  This chest is larger than our bit boxes, but it employs the same lid rail system.  Once opened, you will discover a six compartment tray to store your player bits, as well as the shield action tokens.  The first player tower can be stored with the shields or placed below this removable tray. 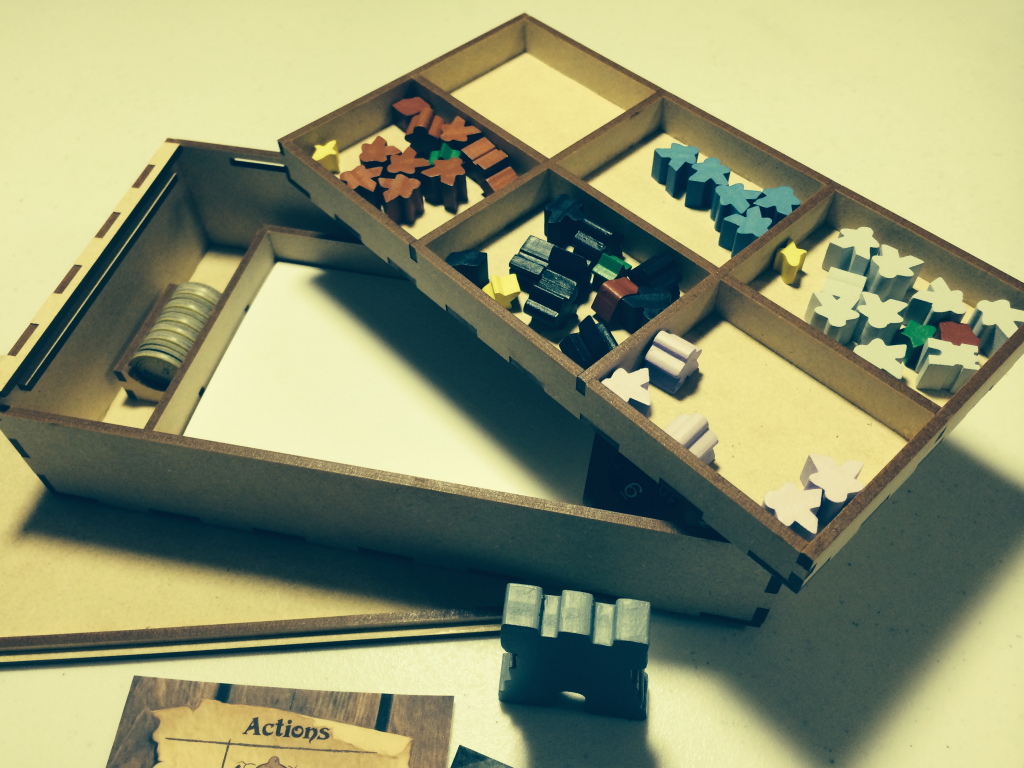 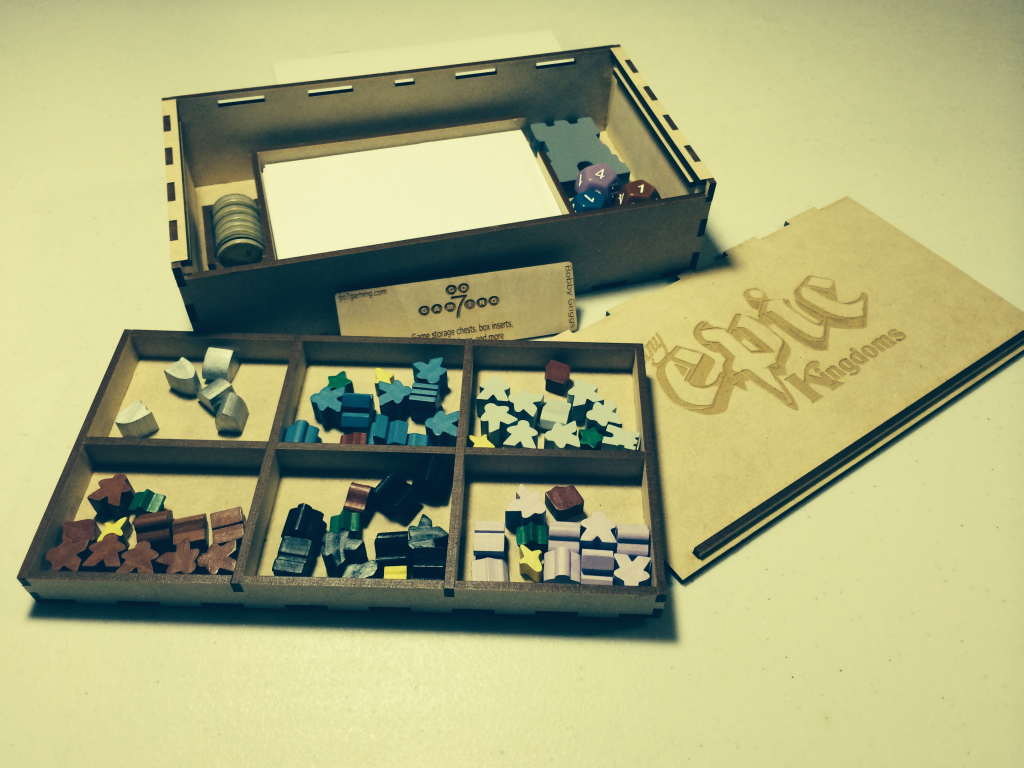 There is plenty of room for two or five dice, depending on which version of the game you have. 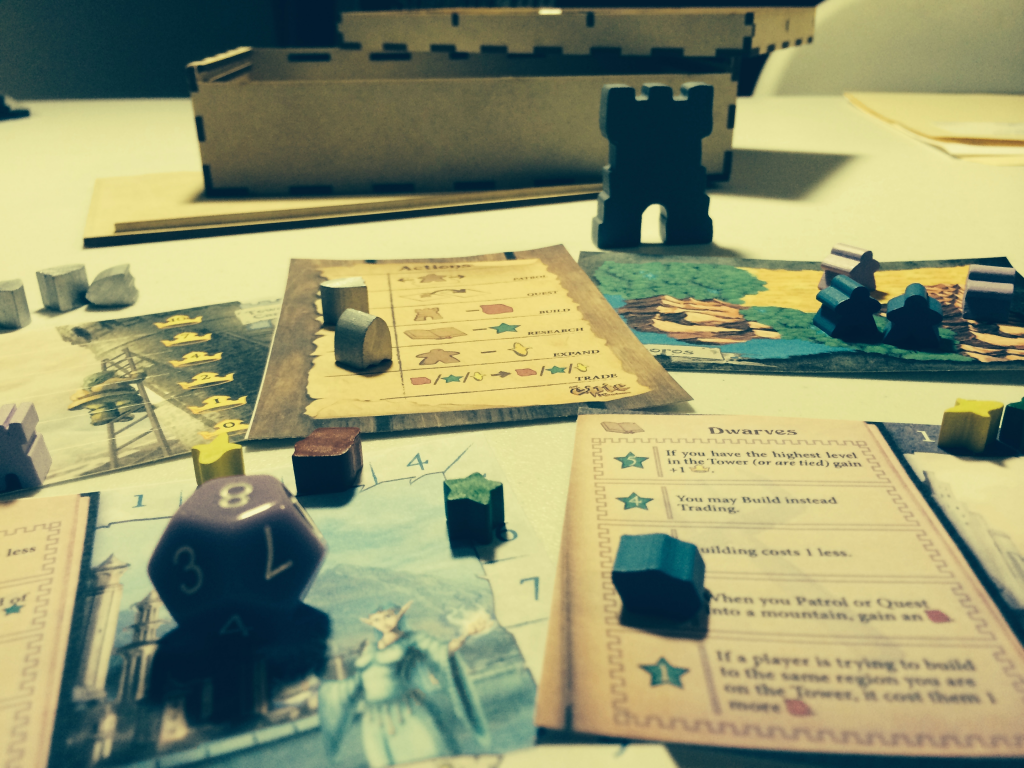 Of course, while you have a spare moment, you should definitely check out Gamelyn Games’ latest Kickstarter featuring Tiny Epic Defenders!  A sweet little cooperative micro game for 2 – 4 players that promises to deliver at least as much fun as Tiny Epic Kingdoms!