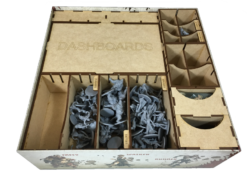 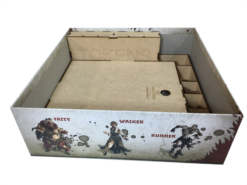 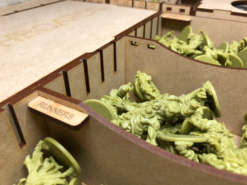 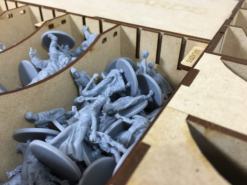 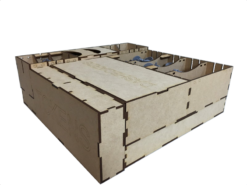 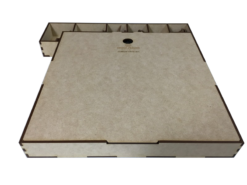 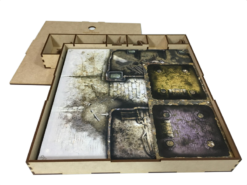 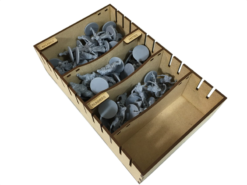 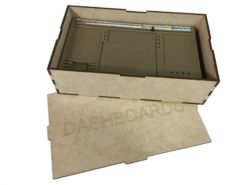 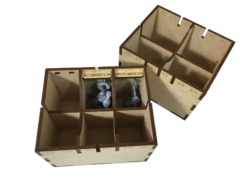 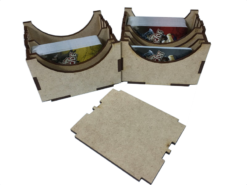 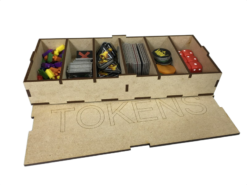 This insert, designed for the Zombicide: Black Plague & Green Horde base game boxes, stores everything from the base game.  This kit will store either the ZBP base game or the ZGH base game, but not both.  The insert provides eight (8) removable trays.

This insert, designed for the Zombicide: Black Plague & Green Horde base game boxes, stores everything from the base game.  This kit will store either the ZBP base game or the ZGH base game, but not both.  The insert provides eight (8) removable trays.

Note: We offer a full line of inserts to store your Kickstarter and retail ZBP ZGH collection:

See our article on ZBP storage for more details.

Our Zombicide: Black Plague/Green Horde storage solution is designed with expansion in mind.  For ZBP, the Wulfsburg expansion fits fine in this insert, with the following notes:

If you own Zombicide: Green Horde, this storage solution will store your base game components and has a bit of extra room for the expansion components that CMON will ship out in the near future.  This storage solution added a Trebuchet etched tab on Feb 23, 2018 and all kits shipped on this date or later contain this new etched tab for your Green Horde storage needs.

What others are saying

Will this fit all components from a Kickstarter Pledge? I have a Huntsman and Knight pledge that I never bought organizers for.

How well do these protect painted minis? I’m concerned about just tossing them all loose into a box like this solution does that it may eventually wear off the paint.

Brian, the short answer is better than loose in the box and worse than foam. The net though is you should not see any issues if you aren’t subjecting your minis to sustained shaking/vibration and you finish your minis with a varnish or lacquer.

No, not quite enough room for minis.

Is it possible in any of the inserts ?

You can review the what you need section at the link above. You need ZBP-001 and ZGH-004.

Just wondering where the catapult fits in the green horde organizer?

The catapult can be stored in either of the small trays that can be divided. It takes the entire tray.